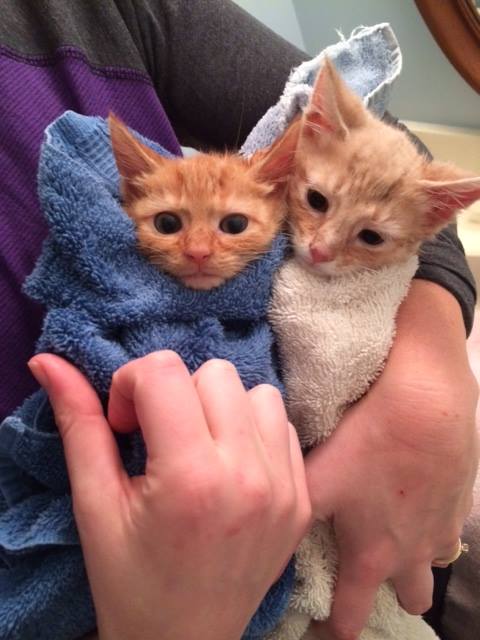 Every cat adopted out through 4Paws receives basic vet care (as appropriate for its age). That care includes: spay/ neuter, vaccines, treatment for parasites, testing for feline leukemia and FIV, and microchip insertion. On average, for healthy cats, these basic services cost $290 for a male cat and $330 for a female. More often than not, the cats we rescue require care well beyond routine services. Often additional care totals thousands of additional dollars.

The following cats needed extensive medical treatment before they could be made available for adoption:

Tama was born to a Manx mom cat (a breed often born with a stub for a tail or no tail at all). Tama has a condition known as “Manx Syndrome.” Some cats born without a tail can suffer from a shortening of the spine which causes organs, muscles, and nerves to develop improperly in the hind area. Initially, Tama’s back legs were very weak and she had trouble defecating without help, causing a serious blockage that nearly killed her. Tama has been receiving acupuncture as well as herbal supplements. The treatment stimulates the nerves and muscles making her stronger and more in control.

These days, Tama runs and plays with the other cats in her foster home. Every day her hind legs get stronger — it is amazing to watch her climb up the side of a wire cage, victoriously reaching the top. At six months old, Tama is a sweetheart who loves nothing more than snuggling with her foster mom.She constantly seeks both feline and human companionship. She is a happy little girl and 4Paws would be thrilled to find her a permanent home with someone who can accommodate her special needs and give her the opportunity to live a full life.

Abigail came to 4Paws from a shelter in West Virginia in April 2020 with her four 1-week-old kittens. Almost immediately, 4Paws realized that Abigail was having difficulty nursing her kittens due to a massive infection in her mammary glands. Though in terrible pain, this poor mother continued trying to care for her kittens.

Several vets were consulted, Abigail was given little chance of survival. The kittens immediately began a bottle feeding regiment every few hours. Abigail started several weeks of antibiotic treatment and frequent debridement — removal of dead tissue from the wound. Removing Abigail’s infected uterus was her best chance of survival but Abigail was weak and the wound so large that the doctor was concerned that infection would contaminate the surgery site.

The prognosis was grim, but Abigail is a survivor.She needed weeks of force feedings to keep up her strength and fight the infection. Finally, after several weeks of vet appointments and intensive in-home care, Abigail healed enough to have the surgery she needed and is now thriving. Abigail and her kittens have all been adopted into loving homes.

When Bruce, an 8-week-old kitten was rescued, in addition to testing positive for leukemia, his left eye had a corneal rupture and did not have any vision. Fluid build up in the eye resulted in continuous pressure and discomfort. A specialist was consulted, and after several weeks of treatment, his severely scarred eye could not be saved. Ultimately, surgery was performed. Now, with only one eye, he is a carefree kitten who doesn’t know that anything is missing, and is receiving much love in his new home.

It is our policy at 4Paws to provide the vet care necessary for a rescued cat to live a full life. It is expensive to give quality of life to an ill or injured cat, who, many times, never knew comfort and contentment before coming to 4Paws. Please make a tax deductible donation today! 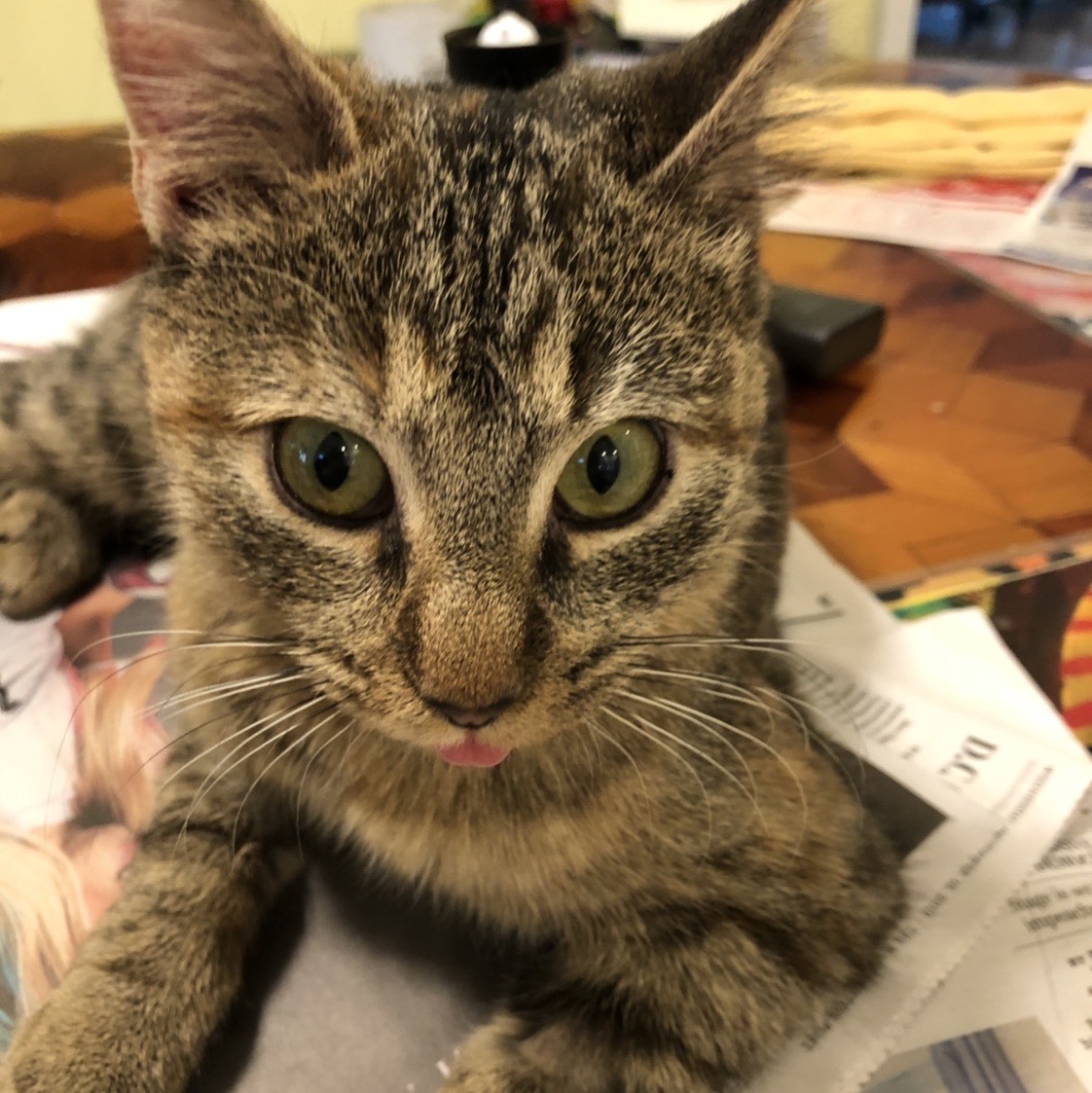 Letter From the President As of november 2019, 4Pawsadoptedoutmorethan 400 homeless cats and kittens. To date we have found loving homes for ... 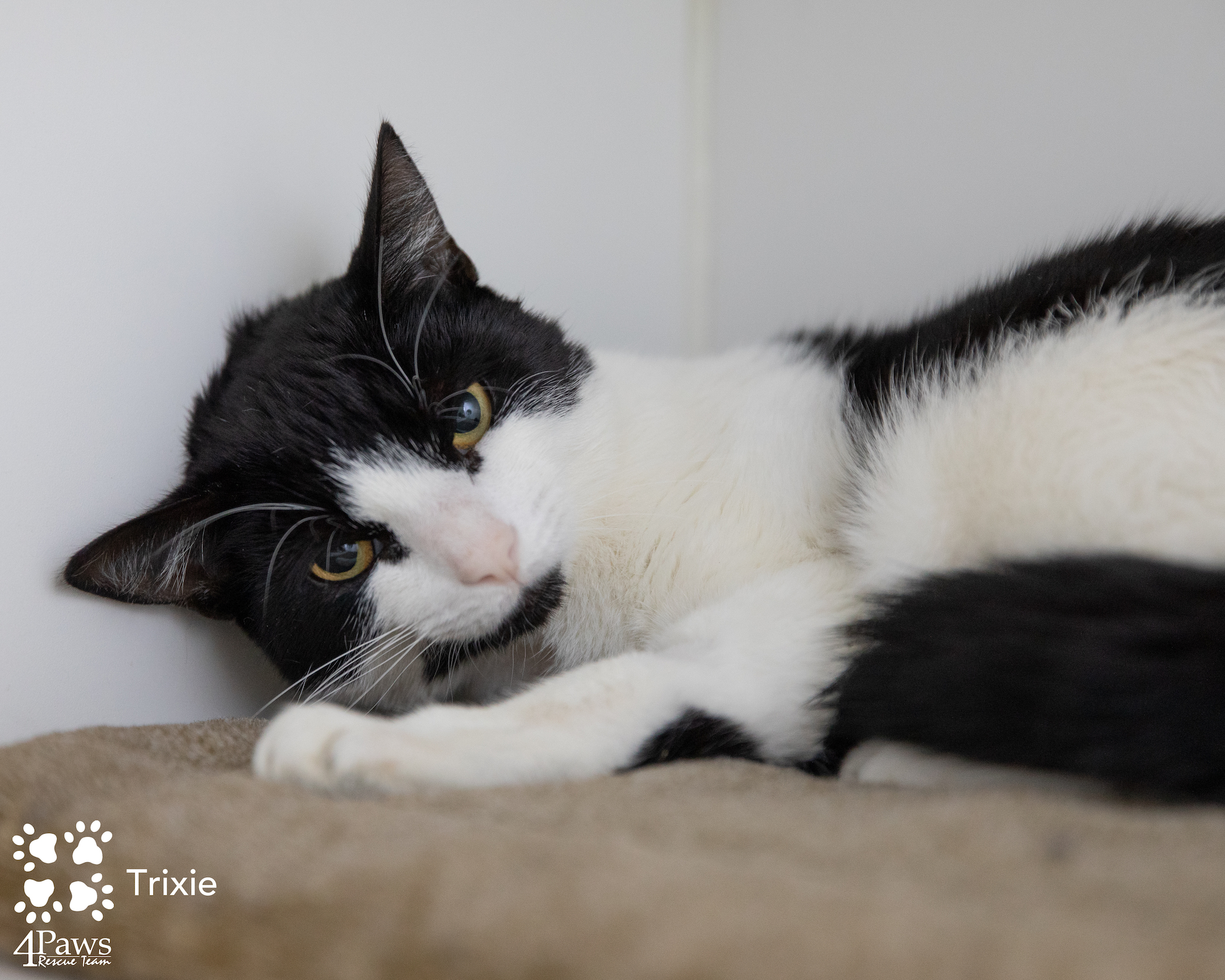 National Cat Day was created by Colleen Paige to bring awareness to the number of cats that need to be ...

Do you know a cat lover who keeps horses? These sweet, but shy, city cats have few options for a decent ...