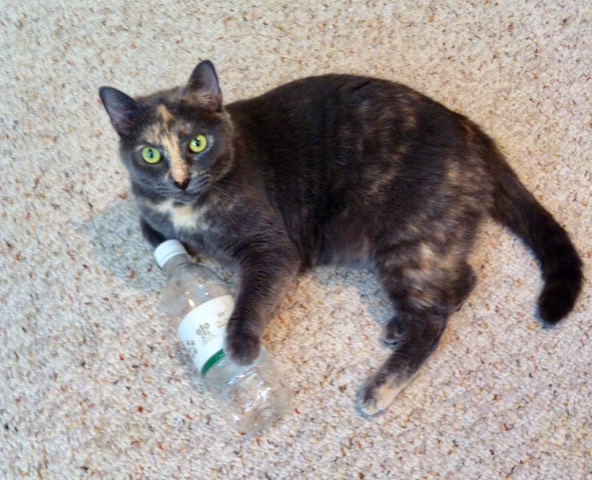 We have been loving and living with cats for many years, and suddenly lost a much-loved cat way before his time. Our other two cats were lonely, and so were we.

Noticing a Petco sign for an upcoming adoption fair, we checked it out. A young adult cat with the odd name of Fancy Dancer caught our eye, but the foster was not there to discuss so we were asked to return at the end of the fair. When we got there, many cats were gone home to their fosters but Fancy Dancer was still there. Cages were being noisily disassembled, volunteers were cleaning up food, water and litter containers, everything was very busy. And there she sat, in the sole remaining cage, calmly looking one way, then another, undisturbed by the busy scene, just interested. Unusual for a fair, we were allowed to take her home that evening and it only took one night for her to ready herself to meet the two cats who had been nosing about the closed door that separated them. What did we expect from the Cool Cat of the adoption fair?

A lot has happened since then! As each cat eventually must, some have crossed the rainbow bridge. Others have joined our family. And we became confirmed fans of 4Paws’ amazing network and operations that ensure that homeless cats are treated, fostered and adopted into good homes.

The temptation to give our own home to more cats led to volunteering — getting our “cat fix” without expanding the family. First with volunteering at a store. Occasionally fostering. And answering the call for transport to or from a vet, to deliver some barn cats, to help with a relay return of 4Paws cat whose owner died out of state and the family contacted 4Paws about returning her to us.

Now, I am putting my work skills to use by conducting interviews with adoption applicants. All our other 4Paws experiences seem natural preparation for this. The first, essential, part of the interview is to invite the applicants to talk about “their life with cats,” cats they have known, favorites, what they have liked about them. Even for people who have never lived before with a cat or kittens, this is the natural entry to talk about these cats and to learn what the people think about details like welcoming them into their home, vet services, cat behavior, and the 4Paws adoption contract.

Each interview is different, but the goal is to ensure that we will be placing the cats in a home where they will be well cared for. Less-experienced applicants learn more about how to introduce a cat to a new home, and the reasons for the contract requirements such as no outdoor access and no declawing. Experienced applicants usually reveal their understanding of most of these, in the first part of the interview.

Working in the 4Paws network of volunteers has been amazing. Some are specialists in matchmaking for the undecided applicants, or behavior issues, or health. Others are dedicated mostly to fostering, trap-neuter-release, transporting, adoption fairs or recycling aluminum for cash. The sum is much greater than the parts, and we are proud to be among those parts.

OUR LIFE WITH CATS

We are now a family of two humans and three cats. Chutney joined the family in 2008. Silky black and petite, everyone assumes she is still a kitten.

Later, loveable giant Curly Joe joined us when his adopters unexpectedly returned him, alarmed that he was always getting up on furniture — think the top of tall bookcases! He lives up to his name. If not curling his 15 pounds into a shoebox, he is stretched the entire width of the staircase with his paws and tail curled up or on his back somewhere, looking for all the world like an otter.

Zoe was an anxious store fail, another “temporary” foster. She is now an affectionate foster fail who is pawing my arm as I type this.

There might have been more in the family, but we were determined to limit the number. Plus one foster at a time, mostly short term. However, when asked to foster and help with therapy for handicapped tuxedo cat Kiki, when it became apparent that she couldn’t be cured, we succumbed. Indominitable, she was tiny, unable to jump, so she “walked like a duck, ran like a bunny, and climbed like a squirrel.” We enjoyed her to the end of her life which was too short because that very physical condition made it too hard to shake a pneumonia. 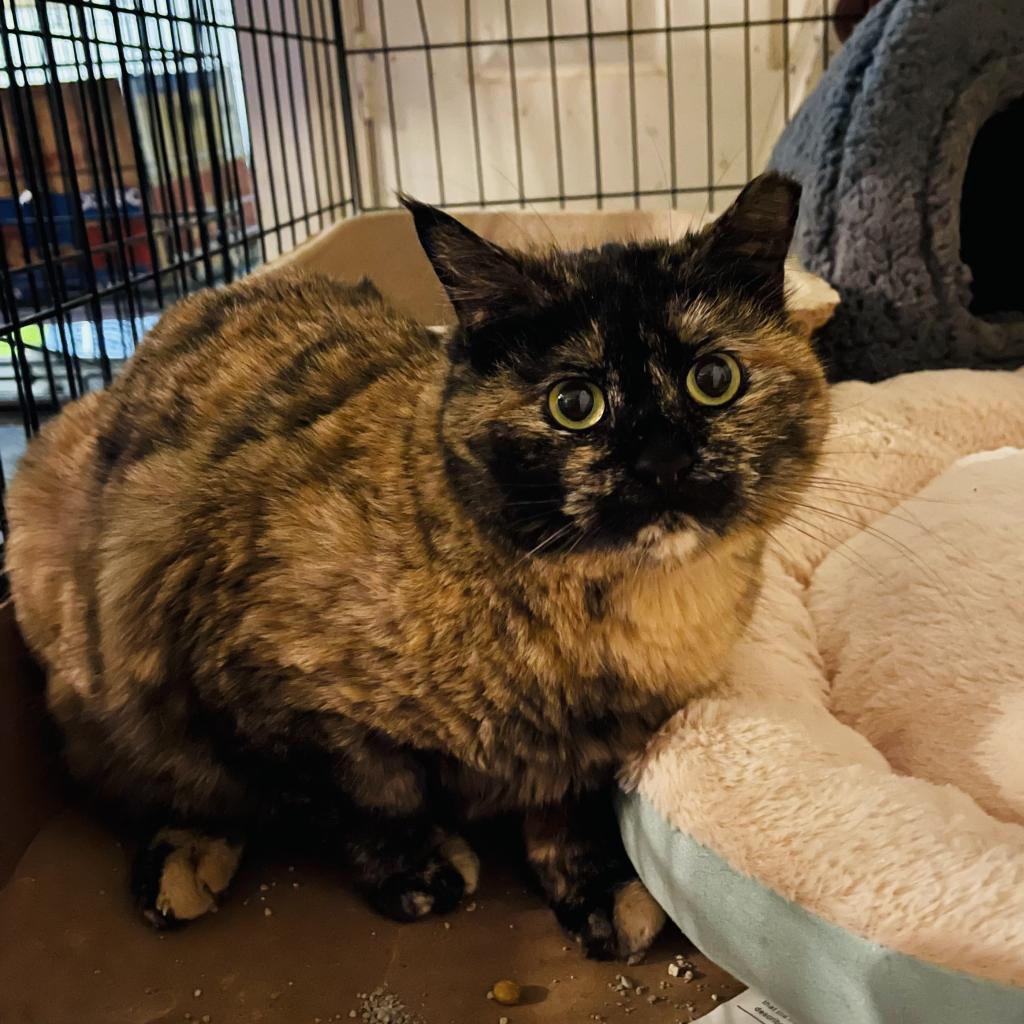 Puddin came to 4Paws from Afghanistan. One of our volunteers graciously drove her 13 hours to meet her forever family ... 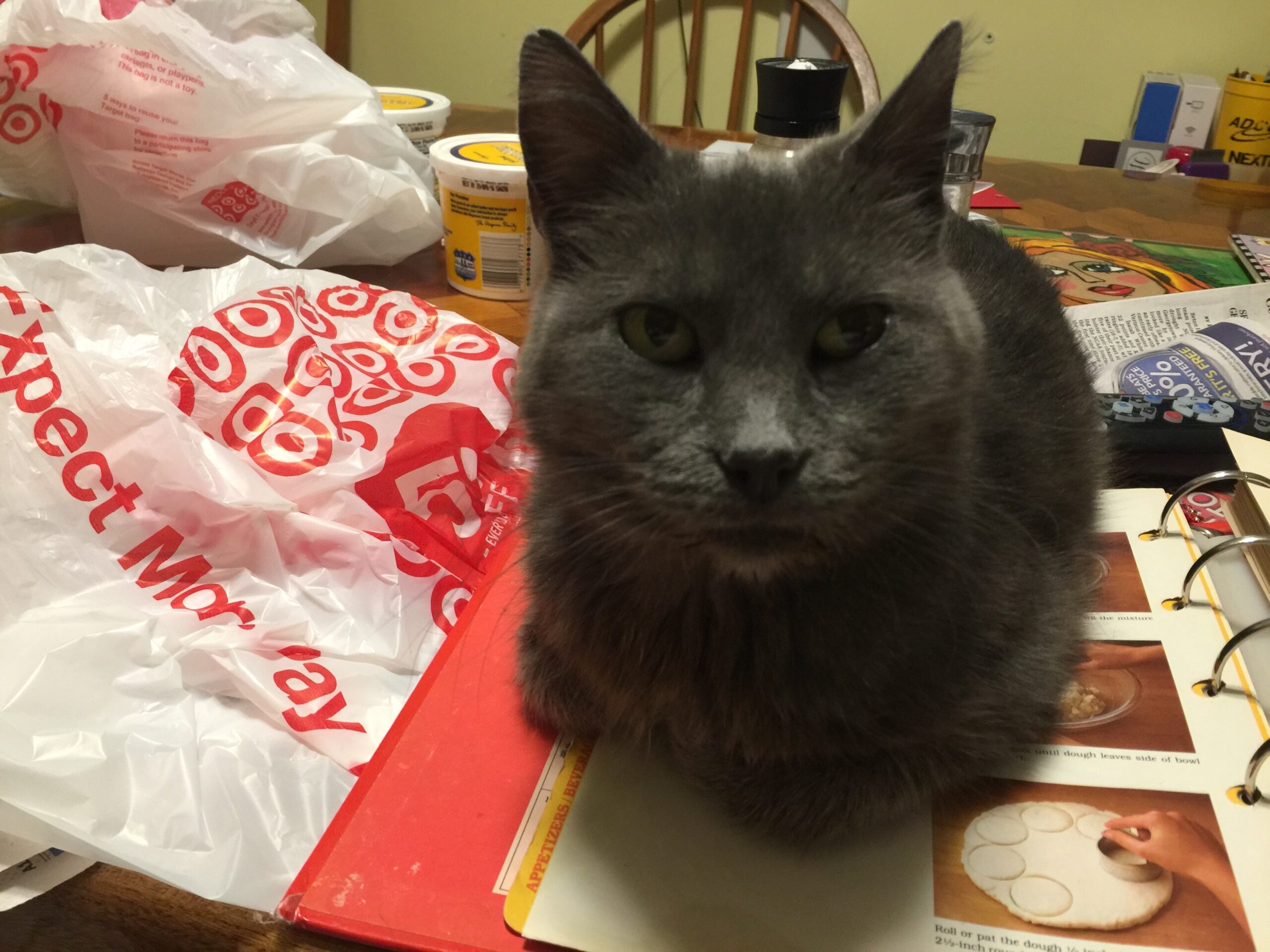 Foster and Transportation Volunteer I am a three time failed foster mother. The first is Tori (above), a very sick ...

Paul was happy with the two cats his family started with after their dogs and a rabbit died. But his ...